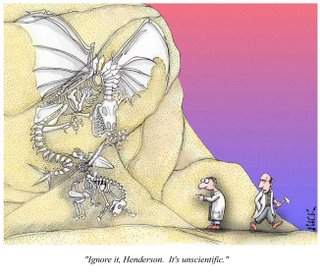 How true is this, despite evidence to prove the opposite there are still "scientists" who proclaim a false and unsound theory, namely evolution.
Just to ask but a few questions and something to ponder on, most would see this as trivial, but to me they are the foundations of this myth:

What caused the "Big Bang"?
The first rule of physics states that matter cannot be created or destroyed, so where did the mixture, concoction or whatever for the "Big Bang" come from?
This is the general direction that almost all the mayor arguments for the evolution theory takes, namely that it is not consistent with what modern science believes and practices.

Another example, has there been a case of progressive evolution documented? Why are we solely relying on fossils to create and substantiate a theory? Where is the evidence today?

Science has been meticulously recorded since the Renaissance and there has been no change in the human or animals that one could constitute as evidence of evolution.

I will stop my rant here and urge you to go over to the following URL and have a bit of a read, see if there is any way in which you can get hold of the videos and listen to it with an open mind, then make up your mind on what you believe afterwards.
Dr. Dino

Also head on over to the download section on Dr. Dino and download the seminars, great stuff!
Posted by MyWorld at 12:47 PM